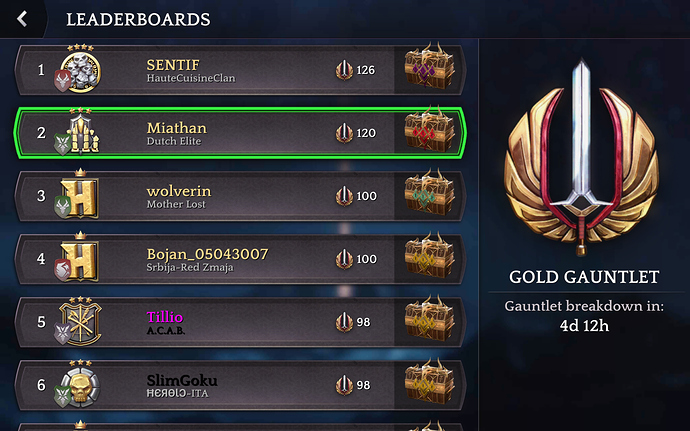 I think the glory cap is 60 per day now

I don’t think so, because I could not get any more glory after 120

Hi Heroes! We’re releasing the version 2.0.3 today, March 9th, which brings the following: a fix for the Magic Construct Ascension bug where this ascension was incorrectly reducing the level of the next summoned Minion to its base level a fix for the Rhii’s Power Spell - we’re reverting the Mana Cost reduction from -2 to -3, as it was before the patch 2.0.0 increased daily Glory Cap from 40 to 60 The server release on March 10th brings the following: added missing VIP points which were mis…

Oh thanks! I missed that patch note. It’s really strange that I got stuck at exactly 120 then though. It’s possible that I didn’t play enough battles due to being focused on the colossus event, but it would be a big coincidence to get exactly 3x40…

I think too that it is a strange coinsidence your 120. But also the 126 is achievable